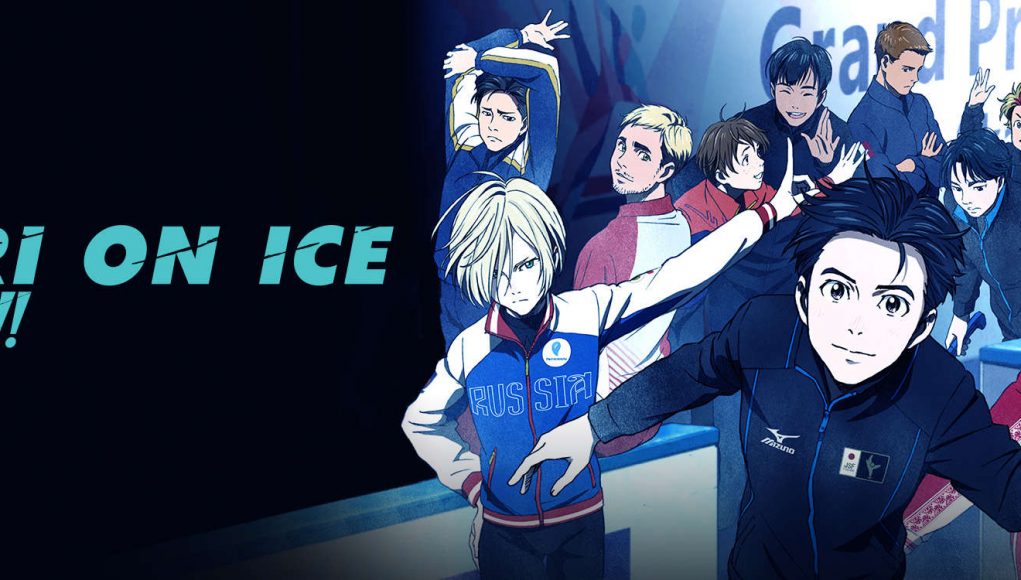 Yuri!!! on Ice is a Japanese sports anime television series about figure skating. The series premiered on October 6, 2016 and ended on December 22, with a total of 12 episodes. It revolves around the relationships between Japanese figure skater Yuri Katsuki; his idol (and later coach), Russian figure-skating champion Victor Nikiforov, and up-and-coming Russian skater Yuri Plisetsky. he series has raised discussion concerning its depiction of a same-sex relationship between its protagonists and also raised a brief controversy concerning a similar figure skating-based title to be released in the United States in 2017.

After a crushing defeat in the Grand Prix of Figure Skating Final and other competition losses, Yuri Katsuki develops mixed feelings about ice skating and puts his career on hold; he attends college in Detroit before returning to his hometown of Hasetsu in Kyushu. Yuri visits his childhood friend, Yuko, at an ice rink (Ice Castle Hasetsu) and perfectly mimics an advanced skating routine performed by his idol: Russian figure skater Victor Nikiforov. When secretly-recorded footage of Yuri’s performance is uploaded to the Internet, it catches Victor’s attention; he travels to Kyushu with an offers to coach Yuri and revive his figure-skating career. With Victor, Yuri aims to win the ISU Grand Prix of Figure Skating series against his rival: Yuri Plisetsky, a rising 15-year-old skater from Russia.

The anime has attracted a large online following. According to the Kadokawa Ascii Research Laboratories content and information trend-analytics company, Yuri On Ice was the most-tweeted anime of the season (collecting 1,440,596 tweets). It had over a million tweets more than its closest rival, the volleyball-based anime Haikyū!! (which had 348,109 tweets).

The anime’s opening song was “History Maker” by Dean Fujioka, and its closing song was “You Only Live Once” by Wataru Hatano.