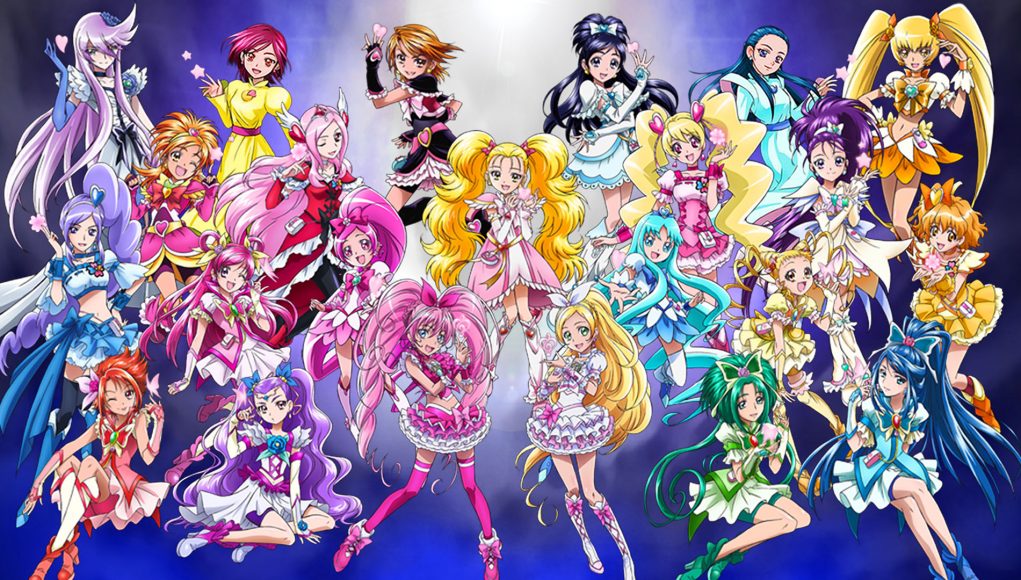 Kirakira PreCure a la Mode or “Sparkling Pretty Cure à la Mode”) is a 2017 Japanese popular magical girl anime series produced by Toei Animation, and the fourteenth installment of Pretty Cure franchise.  The series will begin airing on all All-Nippon News Network stations in Japan on February 5, 2017, succeeding Maho Girls PreCure! . The motif of the series is based on animals and desserts as its sound. The opening theme will be “SHINE! Kirakira ☆ PreCure a la Mode” by Yuri Komagata, while the ending theme will be “Let’s La Cooking☆Showtime” by Kanako Miyamoto. The manga adaptation of the anime will begin serialization in the March 2017 issue of Kodansha’s Nakayoshi magazine to be released in 2017.

Ichika Usami is a second year middle school student whose family runs the Kirakira Pâtissière shop. One day, she encounters a fairy named Pekorin and learns that evil monsters known as Henteko have been stealing “Kirararu”, the energy that resides within sweets and desserts. Thus, Ichika becomes a Pretty Cure and, alongside four other cures, forms the Kirakira PreCure a la Mode to fight off the Henteko and protect the sweets.

Himari Arisugawa  / Cure Custard
A second year middle school student who is hard-working and very knowledgable about sweets. Her Cure outfit is yellow with a squirrel and pudding motif.

Aoi Tategami / Cure Gelato
A second year middle school student who is the vocalist of a rock band. Her Cure outfit is blue with a lion and ice cream motif.

Yukari Kotozume / Cure Macaron
A second year high school student who is known for her beauty. Her Cure outfit is purple with a cat and macaron motif.

Akira Kenjo / Cure Chocolat
A second year high school student who has a boyish appearance. Her Cure outfit is red with a dog and chocolate motif.

Pretty Cure, PreCure, or Precure  is a Japanese magical girl anime metaseries. The title is so popular and known to be watched among not only young girls but also teens anime fans in Japan. Each of the series focuses on a group of girls, most commonly Japanese schoolgirls in their second year of middle school, who are granted special items that allow them to transform into legendary warriors known as the Pretty Cure (or Precure). With the assistance of creatures known as fairies, the Pretty Cure use their magical powers and enhanced strength to fight against evil forces and organizations who create monsters to bring misery to the Earth and further their plans. As these series progress and stronger enemies appear, the Cures gain new magical items, new abilities, and sometimes new allies to help them in their fight against evil.