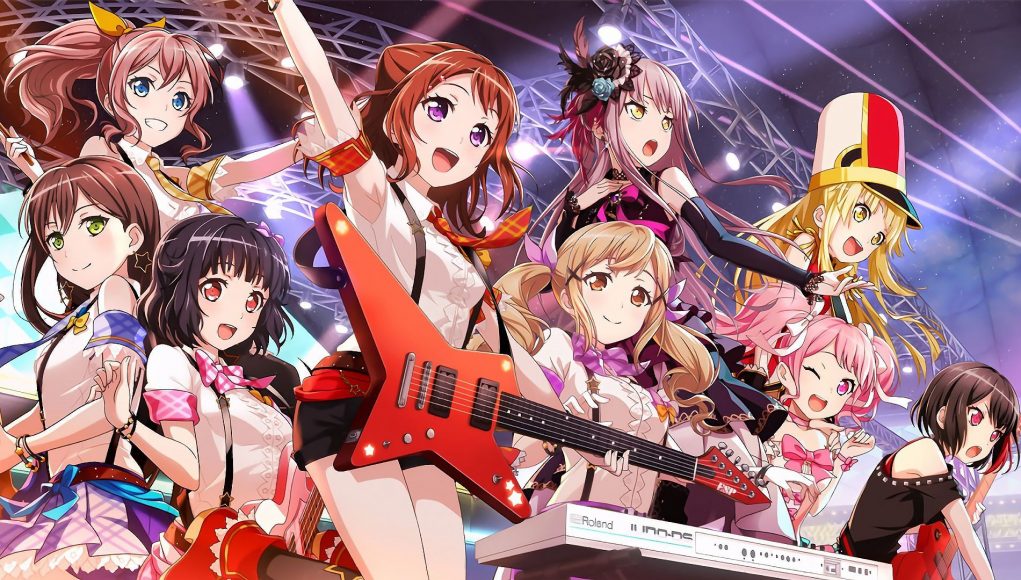 BanG Dream! is a Japanese media franchise created in January 2015 by Bushiroad. It consists of the musical group Poppin’ Party, which was formed in February 2015, as well as multiple manga series and an anime television series adaptation by Issen (OLM with Bushiroad) and Xebec, which started airing from January 21, 2017.

The series revolves around Kasumi Toyama, a high school student with a happy-go-lucky personality. She is initially excited that she got admitted into a prestigious high school. But in reality, she is actually looking for the “Star Beat”, a sparkling and exciting sound which she heard while looking up at the night sky during her childhood days. Ever since then, she is constantly searching for something that will stir her spirits up.

One day, while returning from school, she comes across a pawn shop owned by one of her classmates. In the storage area, she finds a strange star-shaped guitar with glittery stickers on it. Without knowing, she immediately decides to form a band after witnessing a performance at a live house. She then recruits four of her classmates, Saya Yamabuki, Tae Hanazono, Rimi Ushigome and Arisa Tachigaya, whose pawn shop she visited. Despite their initial misgivings, they reluctantly agree to form a band called ‘Poppin’ Party’. By overcoming many hurdles and solving some of their personal problems, Kasumi eventually finds the excitement that she has been looking for a long time.