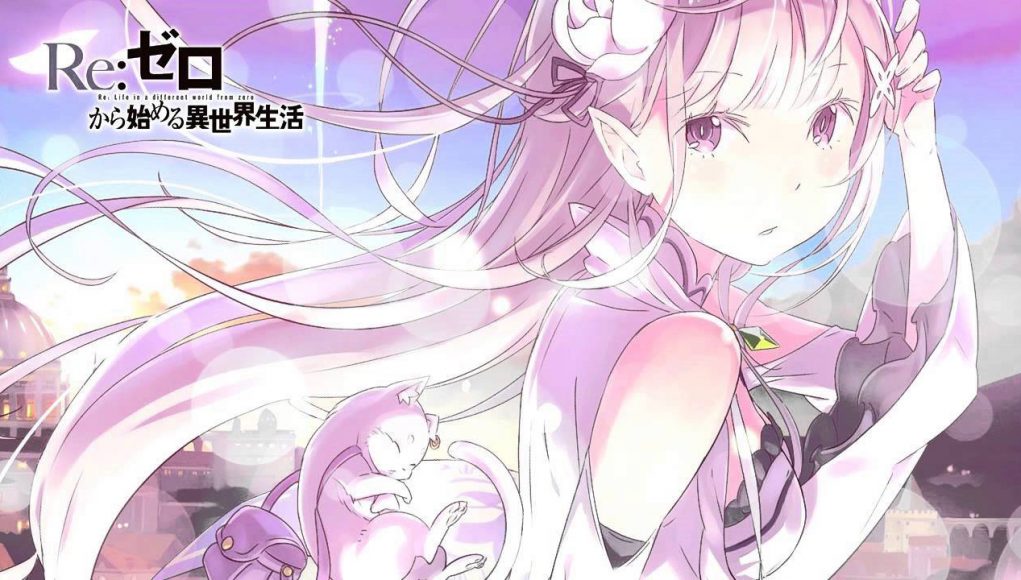 Re:Zero − Starting Life in Another World is a Japanese light novel series written by Tappei Nagatsuki and illustrated by Shinichirou Otsuka. The story centers on Subaru Natsuki, a hikikomori who suddenly finds himself transported to another world on his way home from the convenience store. The series was initially serialized on the website Shōsetsuka ni Narō from 2012 onwards. Eleven volumes have been published by Media Factory since 25th January 2014 under their MF Bunko J imprint.

Suddenly, high school student Natsuki Subaru has been summoned to another world on the way back from the convenience store. With the biggest crisis of his life being summoned to another world and no sign of the one who summoned him, things become worse when he is attacked. However, when he is saved by a mysterious silver-haired girl with a fairy cat, Subaru cooperates with the girl to return the favor. When they finally manage to get a clue, Subaru and the girl are attacked and killed by someone. Subaru then awakens in the place he was summoned and notices he gained the ability Return by Death. Subaru is a helpless boy that only has the ability to rewind time by dying. Despite the despair, can he rewrite history and save that girl from a fated death?

Natsuki Subaru is the main protagonist of the Re:Zero kara Hajimeru Isekai Seikatsu. He is a shut-in NEET who is sent to a fantasy world. He officially becomes Emilia’s knight following the incident at the Sanctuary. Subaru has short black hair and brown eyes. He is described to have an ordinary look and an evil gaze due to his sanpakugan. He usually wears the tracksuit that he was wearing when he was summoned but other outfits have included the butler’s clothes he wore when serving at the Roswaal mansion.

While Subaru tends to not read the situations he encounters, ultimately leading him to make irrational decisions, he is loyal to those he holds dear, willing to help them, even if that means taking the thorny path. He has his resolve confirmed through the many situations and circumstances he faces in the fantasy world, originally having been one to always take the ‘easy’ route. As a shut-in NEET, he is hopeful of the possibilities that being sucked into a new realm brings, but later realizes the realities of the predicament he is in. Eventually, he resolves himself to be faithful and protective of the ones that he cares most about.

Subaru is at a local Japanese convenience store, buying consumer goods. After leaving the store, he somehow ends up in a fantasy world, after the atmosphere around him distorts itself. Confused by the happenings around him, Subaru later recognizes the fact that he has been sucked into the world.