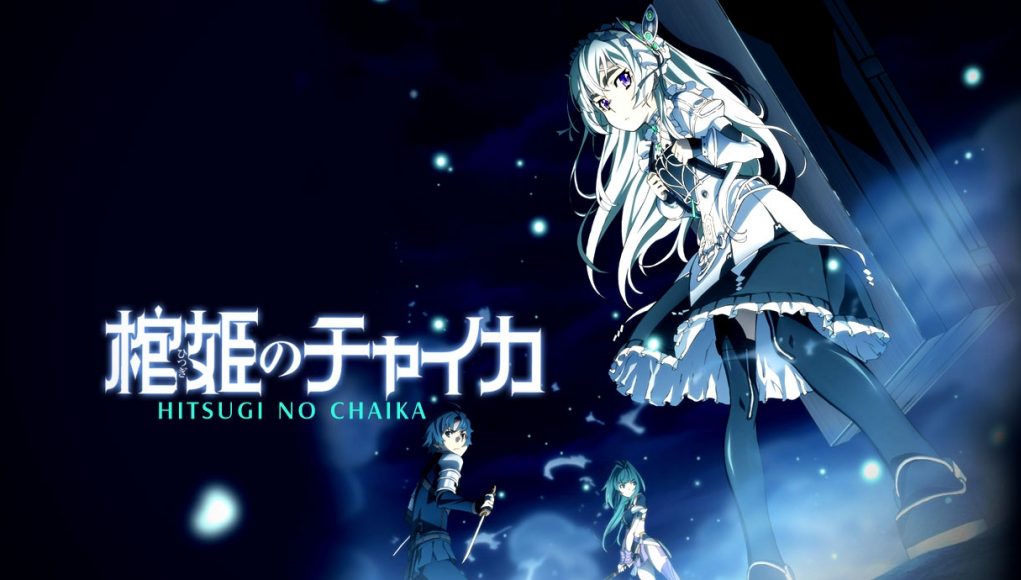 Shocking revelation! This might be one of Chaika’s favorite senteces — at least she uses it frequently. But actually she is the shocking part of this anime. What is the most shocking thing about her is her mere existence. Several years before the anime begins, a big war between Emperor Artur Gaz and his enemies, the so-called Eight Heroes, took place. The heroes could defeat Gaz and killed his daughter Chaika as well. So how can she still be alive? The mystery about her, her dark past and the secrets of the ancient war are what the anime series Hitsugi no Chaika, or its English title Chaika — The Coffin Princess, is about.

Back to where it all began

One beautiful day the unemployed soldier Toru Acura encounters a girl in the forest while hunting for some food. The girl seems unable to form proper sentences but can make herself clear to Toru. She says her name is Chaika Trabant. When both of them get attacked by a unicorn, Chaika tells Toru that she is a Wizard and that she can defeat the aggressive animal with her weapon Gundo, a sniper rifle she carries around in a coffin. Together they manage to beat it. Chaika afterwards recruits Toru and his sister Akari to steal something important for her. It’s Emperor Gaz’ hand. One after the other, the three of them visit the Eight Heroes in order to gather (well… steal) Artur Gaz’ remains from their possession. Chaika says she’s mourning her father and wants a proper burial for him. She doesn’t know what exactly happened to her or how she could escape the war as Gaz’ daughter, her memory has huge lacks. But soon it becomes very clear that this is part of a despicable plan and Chaika and all the people involved in her life and whereabouts are merely used as tools.

Why Chaika is a Must-Watch

The story about Chaika Trabant first appeared as a Light Novel in 2010. In 2011 a manga was released. 2015 followed the anime with two seasons, Hitsugi no Chaika and Histugi no Chaika: Avenging Battle. The series quickly gained popularity due to its cool fantasy style with a lot of action and comedy elements. Chaika may be a little clumsy and naive, but excels at complicated spells. Toru may be a bit of a loser in the beginning, but is an excellent fighter. Akari constantly entertains with her brother complex. Dragoon Frederica and her foul mouth are as hilarious as they could be. And also the side characters of the Gilette Squad get enough screen time to develop attraction. All in all, Hitsugi no Chaika is a funny fantasy/action series with highly likable characters and a decent story!

Will you watch Chaika and her adventures? Or have you already done so and want to give us your opinion on the series?