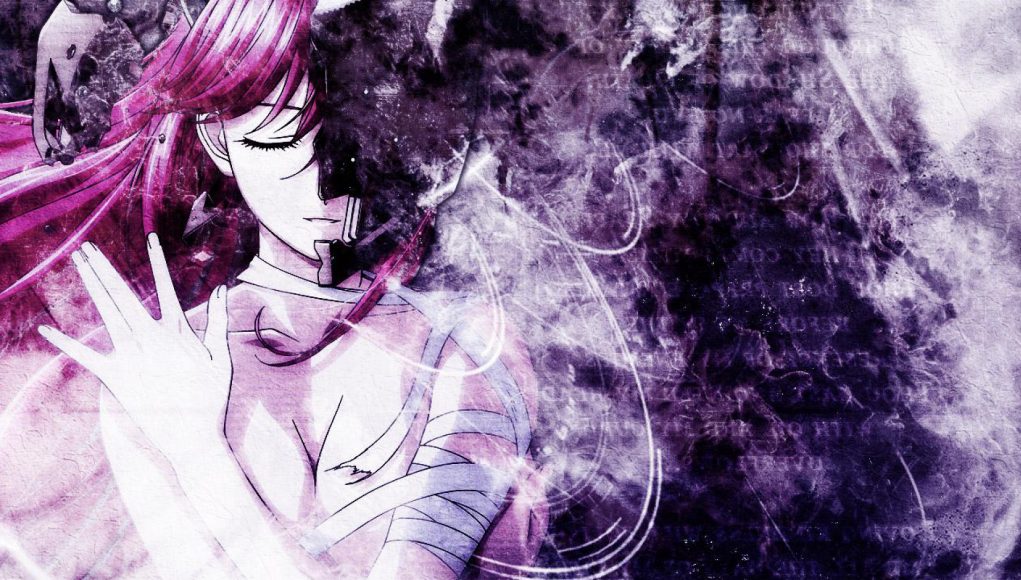 From 2002 to 2005 the Manga Elfen Lied by author Lynn Okamoto was published in 12 volumes in the magazine Weekly Young Jump. At first it was only available for a Japanese and Korean audience, but as soon as it gained its high popularity there, foreign companies became interested in translating the Comic. Thus Elfen Lied made its way to the US, South America and Europe. In 2004, an Anime series consisting of 13 episodes and an OVA (Original Video Animation) was running the screens all around the world and lead to a spectacular hype. Elfen Lied soon became a fix component of every recommendation and Must-Watch-Review.

What’s so special about it?

Nowadays, in 2017, we are pretty much used to any kind of bloodbath, violence or sexual perversion on our screens. Back in 2004 though, this was a real big thing. Elfen Lied featured a lot of Splatter, Ecchi, Psychothriller and Drama moments, which made it both attractive for the viewers longing for action and craving for deep and complex emotion and plot. Lynn Okamoto created a Manga with very detailed drawings of fighting scenes, injuries and blood spilling, but at the same time managed to keep up a highly emotional storyline, making the reader able to feel compassion and sympathy for the main character and psychokiller Lucy. And the Anime is not less dark than the Manga!

What it’s all about

The Anime features 71 of the 107 Manga chapters and doesn’t always work with its content. Nevertheless, the overall concept is still the same. Due to a genetic mutation a new form of humanoid species is born: the so-called Diclonii (singular Diclonius) do in fact look like humans, but have a very different body. Cat-ear-like bones are sticking out of their head, but what’s even more interesting are their telekinetic abilities — multiple invisible arms which don’t even seem to have an end. These powers alone make them dangerous to normal human beings, yet they even have another plus to their potential thread. Their natural instinct leads them to have fun by killing humans. Thus, scientists gain interest in them, establish a secret research laboratory on a lonely island and examine the Diclonii’s bodies. These examinations are rather bloody — not to be called torture… Among the research objects is a Diclonius called Lucy. She’s the first Diclonius known to be able to reproduce her species and thus especially interesting (and dangerous!) to the scientists. However, things start to get complicated when Lucy manages to break out of the laboratory, escapes and falls into the ocean. This accident leaves her with a split personality and without a real memory. She’s found and taken in by the two students Yuka and Kota, who she actually shares a past with, but none of them remembers. As vague as the article is, so is Elfen Lied’s trailer. The series works with a lot of mystery — the Unknown seems to be more exciting than the Known. Only through some flashbacks we get a rough idea of the story’s background and Lucy’s and Kota’s past. The rest is up to our imagination — and our feelings.

How about you? Have you already watched this piece of classic Must-See? Would you recommend it? Or did we awake your interest in the series? Let us know your thoughts on this Anime!