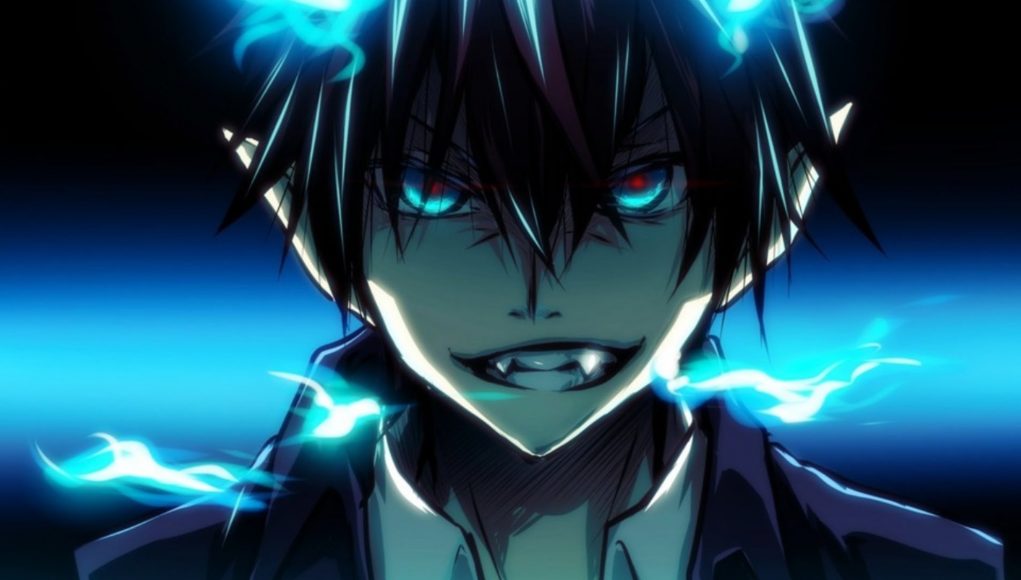 Blue Exorcist (Ao no Exorcist) is a Japanese action manga series written and illustrated by Kazue Kato. The manga has been read on Jump SQ magazine by Shueisha since April 2009, with chapters collected into eighteen books volumes as of January, 2017. The story revolves around Rin Okumura, a teenager who discovers he and his twin brother Yukio are the sons of Satan born from a human woman, and he is the inheritor of Satan’s power. When Satan kills their guardian, Rin enrolls at True Cross Academy to become an exorcist under Yukio’s tutelage in order to defeat his father. The series was adapted into an anime television series by during 2011 and into an anime film (Ao no Exorcist Gekijouban) in December 2012.  Aniplex of America also released the anime’s DVDs in English regions. A second season, titled Blue Exorcist: Kyoto Saga, premiered on January 7, 2017.

The series has been well received by readers with sales having received a boost thanks to the anime’s release. Publications for manga and anime compared the series with other manga but still praised the series’ story and artwork.

The story revolves around 15-year-old Rin Okumura, who, along with his younger twin brother Yukio, was raised by Father Shiro Fujimoto, an Exorcist. One day, Rin learns that he and Yukio are the sons of Satan. Witnessing Shiro dying to protect him, Rin draws the demon-slaying sword Kurikara, which restrains his demonic powers. From that moment on, Rin not only gains demonic features like fangs and a tail, but also the power to ignite into blue flames that destroy almost anything they touch.

Rin wishes to become an Exorcist like his guardian to become stronger and defeat Satan. He enrolls at the prestigious True Cross Academy exorcist cram school, which is actually the Japanese branch of an international organization dedicated to protect the human realm, Assiah, from the demonic realm, Gehenna. Much to his surprise, he finds that Yukio, is already a veteran Exorcist and is one of his teachers. Thus begins Rin’s journey to become an Exorcist, accompanied by his brother and his fellow students who quickly become his close friends.