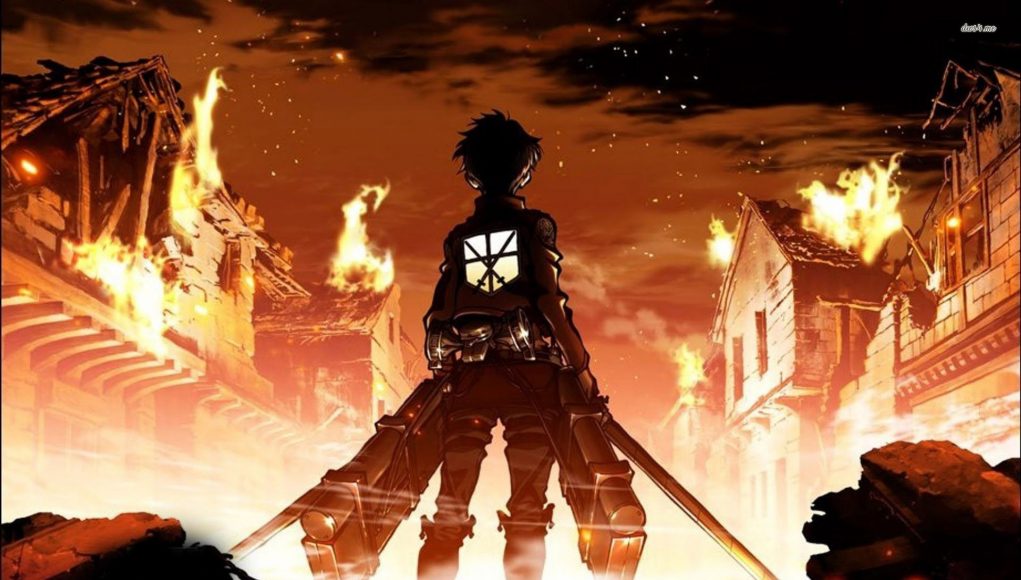 Who else can not wait for 1st April to come? The long awaited second season of the popular Shōnen series Attack on Titan is finally about to air! Since December 2016 trailers have been released and increased the hunger of fans all around the globe for more Action, Fantasy and Horror. Now, this week’s Saturday, MBS, a Japanese television broadcast transmitter based in Osaka, will feed them what they’ve been craving for. The spectacular and award-winning story around protagonist Eren Jäger ended in September 2013 for the Japanese audience, in December 2015 for the international ones, with a mean cliffhanger, leaving countless Otaku-hearts yearning for more.

Attack on Titan is originally a Manga series drawn by Hajime Isayama. It started in 2009 and is still going on. It has spread into many different products, such as a Light Novel, several Manga spin-offs and many OVAs and Anime series. In Japan and the US it quickly gained a superhigh popularity, became a bestseller and won awards, such as the Kōdansha-Manga-Award in 2011. Nowadays, Attack on Titan is translated and dubbed in countless languages, e.g. English, French, German, Spanish, Portuguese, Italian, Russian, Turkish, Korean or Chinese, making it available for fans in multiple countries.

What made Attack on Titan so popular was its decent mixture of Genres like Horror, Fantasy and Action, and its remarkable storyline. On a surreal planet earth, the human race was attacked by giant creatures called Titans. The humans tried to protect themselves in special cities behind think walls, but one day the Titans also attack them. Within this chaos of war and escape, the young Eren Jäger loses his mother to death and is left behind with his adopted sister Mikasa and his best friend Armin. Together they manage to find shelter behind the second great wall and survive hunger crisis and battles. Several years later, as a teenager, Eren joins the army and accidentally finds out that he can transform into a Titan. This makes him the most precious fighter for the human forces. He soon learns about all the dirty secrets and intrigues in this world, but won’t stop fighting for what he believes in. And exactly that is what Season 2 will show us. More Action, more epic battle scenes, more emotion. Tell us about your opinions and expectations! After all, we had to wait four long years for another season to come! Are you as excited as our Team from Tokyo Buzz Clips? Don’t forget to tune in on 1st April! International viewers will be able to watch the airing legally at Funimation and AnimeLab.