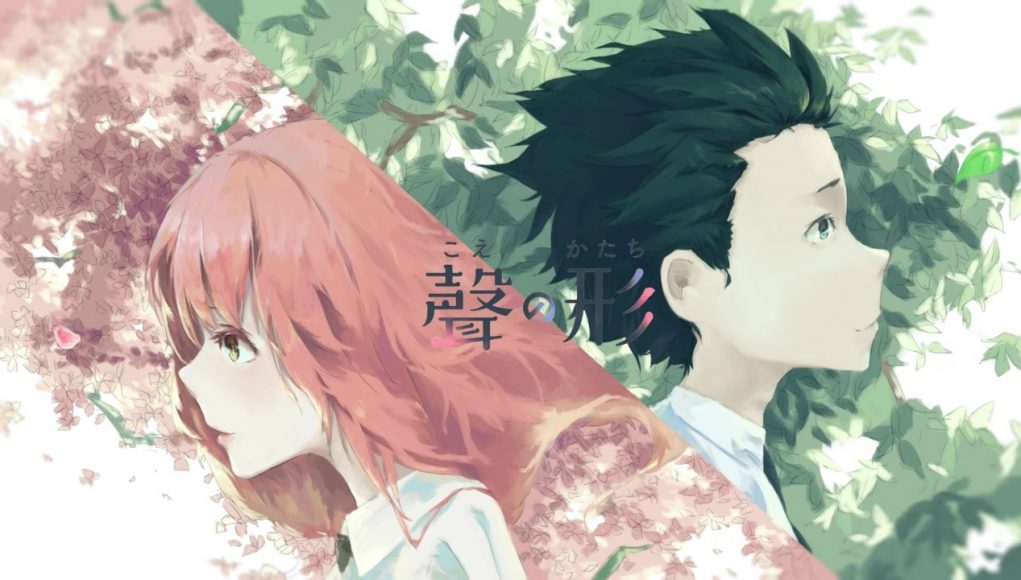 The Blu-ray Disc for Kyoto Animation‘s film adaptation of Yoshitoki Ōima‘s A Silent Voice manga will ship on May 17. The limited first edition of the Blu-ray Disc will include two bonus new animation videos of AIKO‘s theme song “Ai wo Shita no wa” (Loving Is) and kensuke ushio‘s in-film track “speed of youth.”

Kyoto Animation produced the videos inspired by the songs, and the film’s director Naoko Yamada personally handled the videos’ storyboards and technical direction.

The story revolves around Shoya Ishida, a former delinquent who bullied Shoko Nishimiya, his deaf classmate, alongside his friends back when he was in elementary school. When Nishimiya transferred, all of his friends and teachers turned against him, making him isolated well into high school to the point that he decides that there is no point in having friends. Having no plans for the future, Ishida even contemplates on committing suicide until he suddenly reunites with Nishimiya, who is still lonely due to her shyness. Realizing that both are suffering due to his past sins, Ishida sets out on a path of redemption by trying to reconnect Nishimiya with their old classmates that Nishimiya never had the chance to befriend back then, including Ishida’s former comrade, Naoka Ueno, who holds a grudge against Nishimiya for “causing” Ishida’s isolation; Miki Kawai, their narcissistic former class president; and Miyoko Sahara, a kind girl who was the only one attempting to befriend Nishimiya years before. They also make new friends in Tomohiro Nagatsuka, a similarly friendless fat boy who owes Ishida when his bike was stolen; and Satoshi Mashiba, Kawai’s crush.

The seven begin to work together when Nagatsuka’s plan to create a film for a competition, which he plans to only include Ishida and himself, attracts the attention of Ueno, Kawai, Sahara, and Mashiba, with Ishida additionally inviting Nishimiya to join the project. Throughout the filming, the seven face through their personal challenges and conflicts. They also have a falling out when Ishida tries to isolate himself again by insulting the crew, leading to Nishimiya’s attempted suicide as she feels that all of the problems are caused by her. Ishida’s successful action to prevent the suicide gravely injures him; this impacts the other six start to resolve their problems while suspending the project until he awakes. Once he recovers, Ishida reconciles with his film crew and finally completes the film, which, while a failure, has greatly helped him and his friends.

Years after their high school graduation and their subsequent parting ways, the seven reunite for the Coming of Age Day. By then, Ishida has stopped ignoring the people around him and now has a lot of friends.

Shōya Ishida
The main character and narrator. He bullied Nishimiya in elementary school and when she transferred away was ostracized and bullied by his former friends. Ishida started to ignore those around him (imagining them with a large X across their face) and was driven to the point of suicide, however, he changes his mind after he apologizes to Nishimiya and begins to spend time with her. He learns sign language specifically so he could apologize to Nishimiya and is shown to be very talented in it. Ishida feels like he has not been punished enough for bullying Nishimiya and often wishes he could kill his younger self. He seems resigned to the fact that he will never be able to have friends again. Eventually he thinks he is an unreliable narrator since he fabricated most of his memories of other people bullying Nishimiya as well to make him feel better and think he was not the only one in the wrong, however, others actually did bully Nishimiya; they turned Ishida into a scapegoat so they would not have to take responsibility for bullying Nishimiya. As the series progresses, Ishida helps Nishimiya reconnect with their classmates that Nishimiya never had the chance to befriend before, in the process making amends with them and moving on from his ignorance of having friends. At the end of the series, Ishida reunites with Nishimiya, who has been studying in Tokyo after high school graduation, during the Coming of Age Day, having made a lot of friends since then.
Shōko Nishimiya
A deaf girl who was bullied by Ishida in elementary school to the point where she had to transfer away. Her father left because his family filed for a divorce after they learned Nishimiya was deaf. Years later, Ishida searches for her to apologize. Although Nishimiya held a bit of resentment towards him, she accepts his apology and starts to spend time with him. She is shown to almost never get angry with her attackers; in fact, she often smiles at her attackers. Others, however, in particular Ueno, think she only fakes them and call her out to stop doing them, as they only make her seem weak. Nishimiya holds some form of self-loathing about her deafness and is suicidal, at one point attempting to commit suicide when she learns that Ishida lost his friends due to her, though Ishida manages to save her almost with the cost of his life. After this incident, Nishimiya realizes how selfish she is, and resolves to do herself better for Ishida. She is in love with Ishida and tries to declare this, but due to her speech impediment, he fails to understand her and remains oblivious of her feelings. At the end of the series, after having studied in Tokyo for a while, Nishimiya returns to her hometown and reunites with Ishida for the Coming of Age Day.