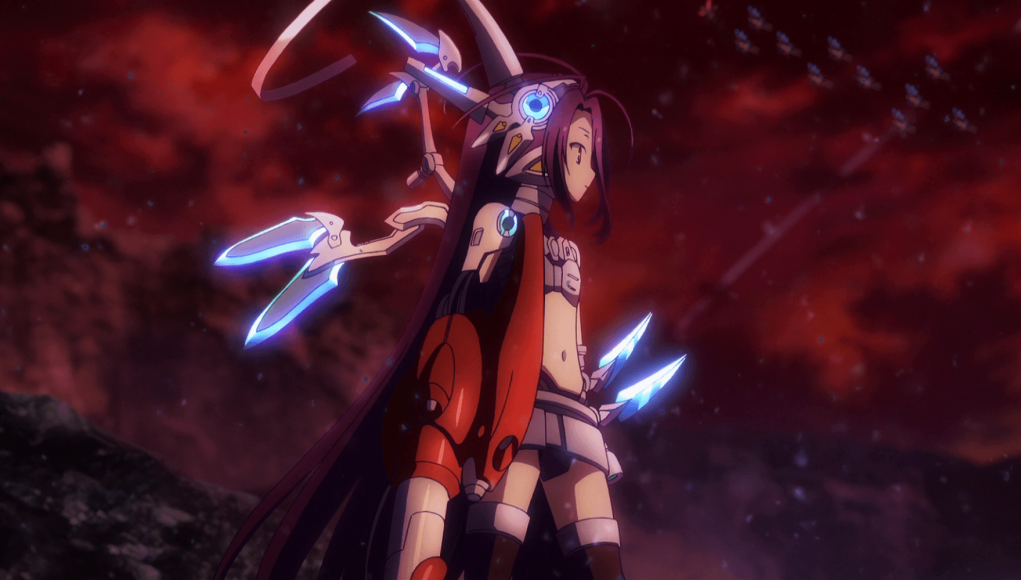 An anime film adaptation of the sixth volume is scheduled to premiere on July 15, 2017. A trailer of the film was screened for the first time at the event, and the release date was announced to be 15 July 2017.

The series follows Sora and his younger stepsister Shiro, two hikikomori who make up the identity of Blank, an undefeated group of gamers. One day, they are challenged by the god of games to chess and are victorious. As a result, the god summons them to Disboard, a reality which revolves around games. Intent on maintaining their reputation as the undefeated gamers, Sora and Shiro plan to conquer the sixteen ruling species and to usurp the god of games.

Sora and Shiro are two hikikomori step-siblings who are known in the online gaming world as Blank, an undefeated group of gamers. One day, they are challenged to a game of chess by Tet, a god from another reality. The two are victorious and are offered to live in a world that centers around games. They accept, believing it to be a joke, and are summoned to a reality known as Disboard. There, a spell known as the Ten Pledges prevents the citizens of Disboard from inflicting harm on one another, forcing them to resolve their differences by gambling with games whose rules and rewards are magically enforced. In-game, rule enforcement only occurs when the method of cheating is acknowledged and outed by the opponent, allowing players to cheat through discreet methods. Sora and Shiro traverse to Elkia, the nation inhabited by humans, and befriend the duchess Stephanie Dola. Learning about Elkia’s decline, the two participate in a tournament to determine the next ruler; after winning the crown, they earn the right to challenge the Disboard’s other species as humanity’s representative. Their next goal is to conquer all sixteen species in order to challenge Tet to a game; as of the sixth volume, five of the sixteen are under their control.