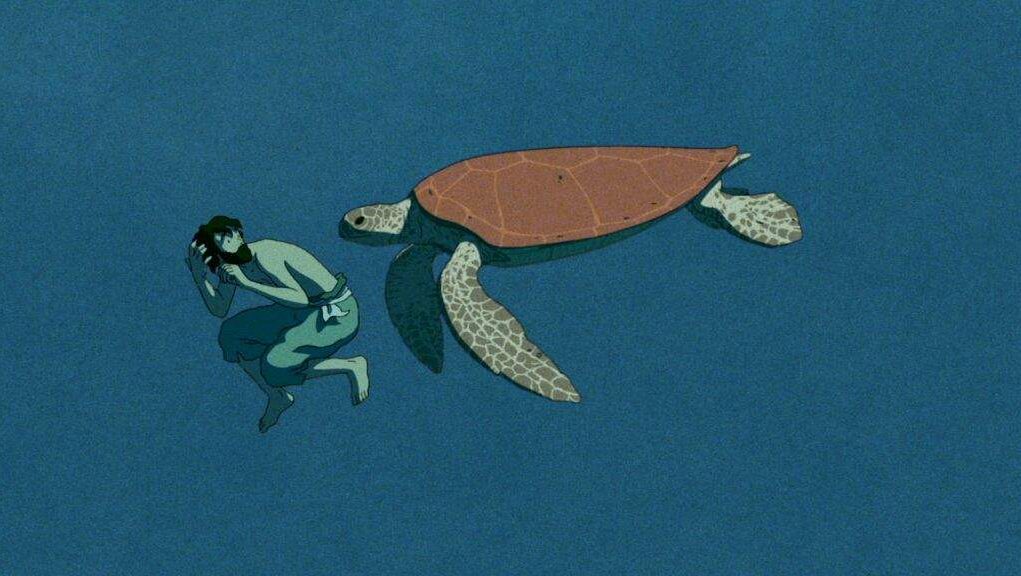 The film is a co-production between Wild Bunch and Studio Ghibli, and tells the story of a man who tries to escape from a deserted island and battles a giant turtle. The film has no dialogue.