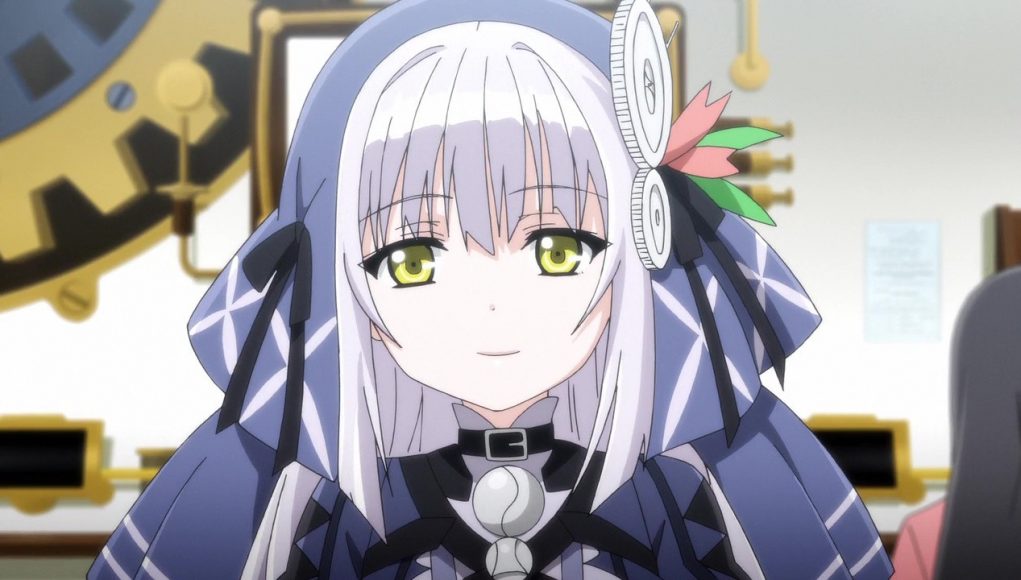 Clockwork Planet is a Japanese light novel series, written by Yuu Kamiya and Tsubaki Himana and illustrated by Shino. Kodansha has published four volumes since April 2, 2013 under their Kodansha Ranobe Bunko imprint. A manga adaptation with art by Kuro has been serialized in Kodansha’s shōnen manga magazine Monthly Shōnen Sirius since 2013.

The main characters are four people (a machine otaku, an automaton, a technician and a bodyguard) who after a month of meeting become the world’s most infamous terrorists.

At a unspecified point in the future, the Earth dies. Then, a genius engineer only known as “Y” manages to revive the Earth using only gears and clockwork. Thus the world is renamed “Clockwork Planet”, with cities being build inside the planet’s gears. A thousand years later Naoto Miura, a student and lover of machines living in the Kyoto gear, finds a crate has crashed through the roof of his apartment. Inside the crate is a coffin containing the broken body of an automaton. Using his superior sense of hearing, Naoto fixes the automaton, who is named RyuZU YourSlave, who reveals she has been broken for over 200 years. RyuZU promises complete loyalty to Naoto and the two become close. Later they meet two people trying to find RyuZU: Dr. Marie Bell Breguet, the youngest person to become a “meister”, a group of master engineers; and her bodyguard Vainney Halter. A month after their encounter, all four appear in Akihabara, Tokyo, having now become the world’s most infamous terrorists.

Naoto Miura Voiced by: Yoshino Nanjō
Naoto is high school student and a machine otaku. Has better hearing ability than other people, which is why he wears headphone that has noise-canceling ability. Naoto doesn’t interested in human girls, but he interested in RyuZU who is an automaton.

RyuZU YourSlave Voiced by: Ai Kakuma
RyuZU is an automaton that “Y” left behind. She serves Naoto, who has repaired the failure inside her that nobody could fix for 200 years. Contrary to her beautiful appearance, she has incredibly bad mouth.

Marie Bell Breguet Voiced by: Saori Ōnishi
Marie is the youngest president of Breguet company and a first-class clock technician. A self confident genius girl with bad mouth.

Vainney Halter Voiced by: Kenichirou Matsuda
Vainney is Marie’s bodyguard and a former soldier. He specializes in fighting with mechanized body of latest technology. Has been with Marie since long time and has been supporting her.