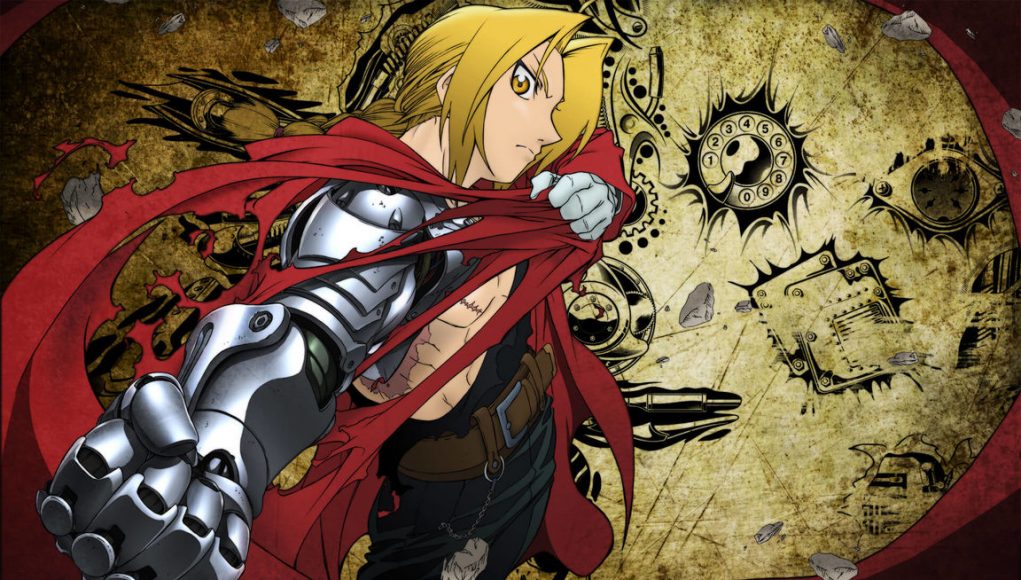 Fullmetal Alchemist is an upcoming Japanese science fantasy action adventure film.  It is scheduled for release in Japan by Warner Bros. Pictures in December 2017. Fullmetal Alchemist (Japanese:  Hagane no Renkinjutsushi, lit. “Alchemist of Steel”) is a Japanese manga series written and illustrated by Hiromu Arakawa. It was serialized in Square Enix’s Monthly Shōnen Gangan magazine between August 2001 and June 2010; the publisher later collected the individual chapters into twenty-seven tankōbon volumes. The world of Fullmetal Alchemist is styled after the European Industrial Revolution. Set in a fictional universe in which alchemy is one of the most advanced scientific techniques, the story follows two alchemist brothers named Edward and Alphonse Elric, who are searching for the philosopher’s stone to restore their bodies after a failed attempt to bring their mother back to life using alchemy.

Edward and Alphonse Elric live in the rural town of Resembool with their mother Trisha and their father Van Hohenheim, the latter having left home for an unknown reason. When Trisha dies of the plague, the brothers perform the forbidden alchemic technique of human transmutation in an attempt to resurrect her. Consequently, the transmutation backfires and in law with equivalent exchange, Edward’s left leg and Alphonse’s entire body are destroyed. Edward sacrifices his right arm to rescue Alphonse’s soul, binding it to a suit of armor with a blood seal. Edward is invited by Roy Mustang to become a State Alchemist to research a way to restore Alphonse’s body. Edward succeeds, becoming the Fullmetal Alchemist, the title based on his prosthetic automail limbs and use of alchemy involving metal materials.

Three years on, the Elrics search for the mythical Philosopher’s Stone to achieve their goals. They free the citizens of the city Liore by exposing the corrupt motives of the local cult’s prophetic founder. They are targeted by Scar, an Ishbalan serial killer who murders State Alchemists per his anti-alchemic religious beliefs, and their encounter with him forces them to return to Resembool to have their bodies repaired by their childhood friend and mechanic, Winry Rockbell. The Elrics meet Dr. Marcoh, a reclusive former State Alchemist who created Philosopher’s Stones during the Ishbalan civil war. Marcoh sends them to find his notes, but they learn the key ingredient to make the Stone is human sacrifices. Reaching a dead end thanks to the Homunculi, the Elrics go to meet their alchemy teacher Izumi Curtis. Maes Hughes, Mustang’s friend, carries on their research, but is shot dead by a disguised Envy for discovering the Homunculi’s plans.

Visiting Izumi, the Elrics learn she committed human transmutation on her stillborn child. Alphonse is captured by the rogue homunculus Greed, but is rescued by Amestris’ president King Bradley, revealed to be the homunculus Wrath. Greed is consequently melted down by and reabsorbed within the Homunculi’s creator Father. The Elrics and Winry return to Central City to visit Hughes but learn of his death. Lieutenant Maria Ross is framed for Hughes’ murder, but is seemingly murdered by Mustang. However, Edward learns Ross’ death was staged so Mustang can smuggle her out of the country to Xing, assisted by Xingese prince Lin Yao. Meanwhile, Scar forms a small band with former soldier Yoki, Xingese princess May Chang, and later Dr. Marcoh. Edward reunites with Hohenheim but hates him for his lengthy absence from home.

As the story progresses, the protagonists encounter the Homunculi repeatedly. Lust is killed by Mustang; Gluttony is captured by Mustang and Lin, but he ends up swallowing Edward, Lin, and Envy into his void-like stomach. Gluttony takes Alphonse to meet Father, but when the others escape from Gluttony’s stomach, Father turns Lin into a Homunculus, namely the new incarnation of Greed. The Elrics are released to continue their quest as long as they don’t oppose Father.

The Elrics go to northern Amestris where they inform the soldiers of Fort Briggs of the conspiracies in Central. Finding an underground tunnel beneath Briggs, the Elrics and General Olivier Armstrong discover that Amestris is practically nothing more than a human farm created by Father, who has been creating a nationwide transmutation circle and plans to cull its citizens by converting them into an extremely powerful Philosopher’s Stone, which he shall use as a weapon to ascend to godhood. The Elrics are forced to work with Solf J. Kimblee to track down Scar with Winry as a hostage. They learn Scar’s brother created a new type of alchemy to combat Father, leading them to team up and go on the run from the military, though Edward is left behind to divert Kimblee. Greed regains his past self’s memories and betrays Father, teaming up with Edward, Kimblee’s chimera minions, and later Hohenheim. Hohenheim reveals to his sons separately that he is immortal, turned into a living Philosopher’s Stone by Father four-hundred years ago.

The Promised Day arrives and Father prepares to initiate his plan using an eclipse, whose light and shadow represents a perfect being, and those who tried human transmutation as his key sacrifices. The numerous protagonists battle Father’s minions, with most of the Homunculi dying. Father activates the nationwide transmutation after the Elrics, Izumi, Hohenheim, and a forced Mustang are gathered as the triggers. However, Hohenheim and Scar activate countermeasures to save the Amestrians. Father is confronted above ground where the protagonists battle him to wear down his Philosopher’s Stone, but Greed is destroyed by Father.

Alphonse, whose armor is all but destroyed, sacrifices his soul to retrieve Edward’s right arm, who in turn destroys Father’s Philosopher’s Stone, sending him back to the divine Gate of Truth from which he was created. Edward sacrifices his ability to perform alchemy to retrieve Alphonse’s body and soul. Hohenheim visits Trisha’s grave where he dies with a smile. Several months later, Edward and Alphonse return home where they are reunited with Winry, though they both leave home two years later to explore the world. The epilogue finishes with a family photo of Alphonse, May, Edward, Winry and, Ed and Winry’s son and daughter.