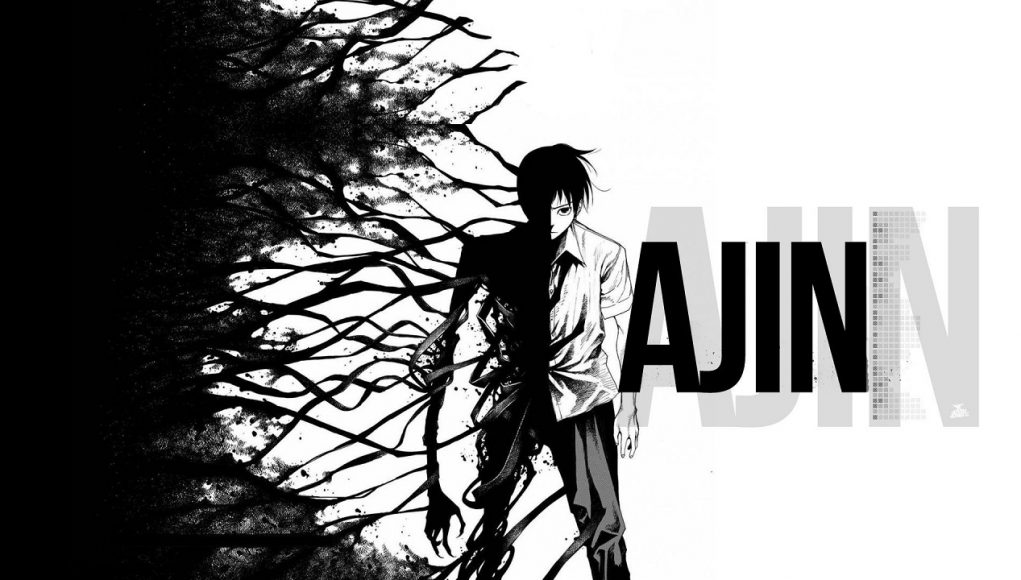 Ajin: Demi-Human is a Japanese manga series written and illustrated by Gamon Sakurai. It was adapted into an anime film trilogy by Polygon Pictures between November 2015 and September 2016. An anime television series adaptation also by Polygon Pictures aired between January and April 2016, with a second season premiering on October 8, 2016. A live-action film adaptation is scheduled for release on September 30, 2017.

The story is about a student named Kei Nagai, who discovers he is an immortal Ajin when he is hit by a truck. He becomes a wanted person because the Ajin are considered dangerous inhuman beings and the only person who is there to support him is his childhood friend, Kaito. While the government claims to help Ajin live in a safe environment, they are actually using them as subjects for cruel and inhumane experimentation. As a result, Ajin that have escaped are bent on revenge with the exception of Kei. During his escape it is subtly revealed he lacks the capacity for empathy and throughout the series only shows an interest in his own goals, however he actually tries to hide his feelings and cares about people closest to him.

Plans to adapt the series into an anime film trilogy were announced in June 2015. The films were directed by Hiroaki Andō and written by Hiroshi Seko, with animation by Polygon Pictures. The first film, titled Ajin: Shōdō (Ajin: Impulse), debuted in Japan on November 27, 2015. This film is a compilation of the first six episodes of the TV series. The second film, titled Ajin: Shōtotsu (Ajin: Collision), debuted in Japan on May 6, 2016, and the third and final film in the trilogy, titled Ajin: Shōgeki (Ajin: Clash), was released on September 23, 2016.

A television series that follows the anime films premiered on January 16, 2016. It is produced by the staff that produced the film trilogy. It aired on MBS, TBS, CBC and BS-TBS, with 13 episodes. The series was streamed by Netflix, starting on April 12, 2016, along with English, French, Spanish, German and Brazilian Portuguese dubs. The series is licensed by Sentai Filmworks for home video release in North America. The opening theme song is “Can You Sleep at Night?” by Flumpool, and the ending theme is “HOW CLOSE YOU ARE” by Mamoru Miyano, the voice actor who portrays Kei. An OAD was bundled with the manga’s 8th limited edition volume, which was released on May 6, 2016. A second OAD was bundled with manga’s 9th limited edition volume, which was released on October 7, 2016.