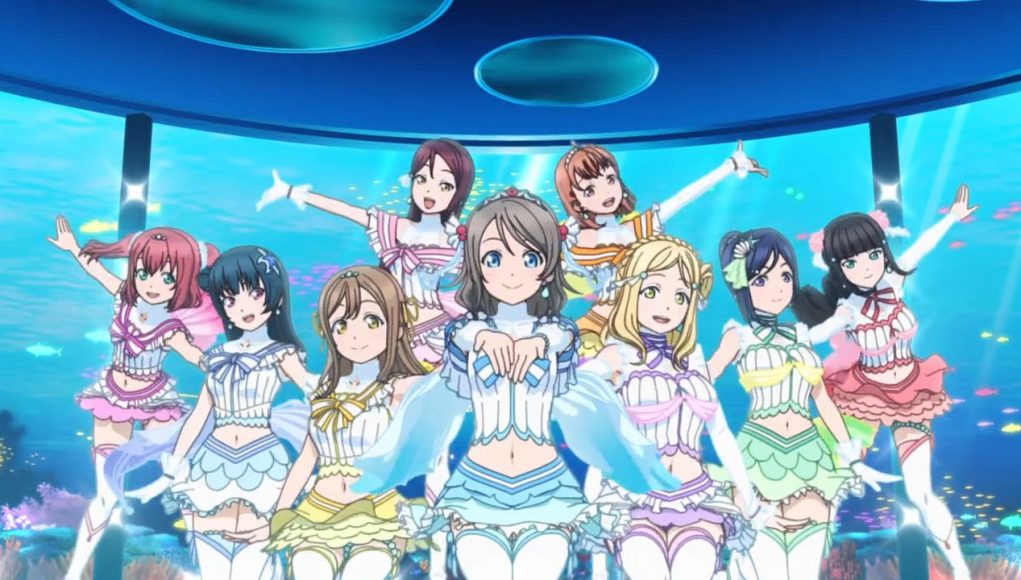 Love Live! Sunshine!! is a Japanese multimedia project co-developed by ASCII Media Works’ Dengeki G’s Magazine, music label Lantis, and animation studio Sunrise. The project is a spin-off of Love Live! and revolves around a group of fictional schoolgirls who become idols in order to save their school from shutting down, just like the idol group from the original series. A 13-episode anime television series, produced by Sunrise and directed by Kazuo Sakai, aired between July 2 and September 24, 2016. Every week while the anime was airing, Bandai Visual released merchandise called “memorial items” inspired by an item in each episode only available for a limited time. A second season has been announced to premier in October 2017.

It was also announced that the ‘Love Live! Sunshine!! Aqours Next Step! Project’ includes new singles for the units!

Love Live Sunshine!! is set in Uchiura, Numazu, Shizuoka, where one of its schools, the ocean-side Uranohoshi Girls’ Academy, is planned to be closed down and merged with another high school in Numazu. Chika Takami, a girl without anything she really desires, is inspired by μ’s to gather friends and form their own school idol group called Aqours, seeking to promote the school to prevent that. In order to do that, they enter the same “Love Live” school idol contest once won by μ’s, which is much more difficult than before thanks to its increase in popularity.

The nine idols of Aqours are grouped into three mini units: CYaRon! (You, Ruby and Chika), Azalea (Dia, Kanan and Hanamaru), and Guilty Kiss (Yoshiko, Riko and Mari). Two of Aqours’ singles include an anime music video.