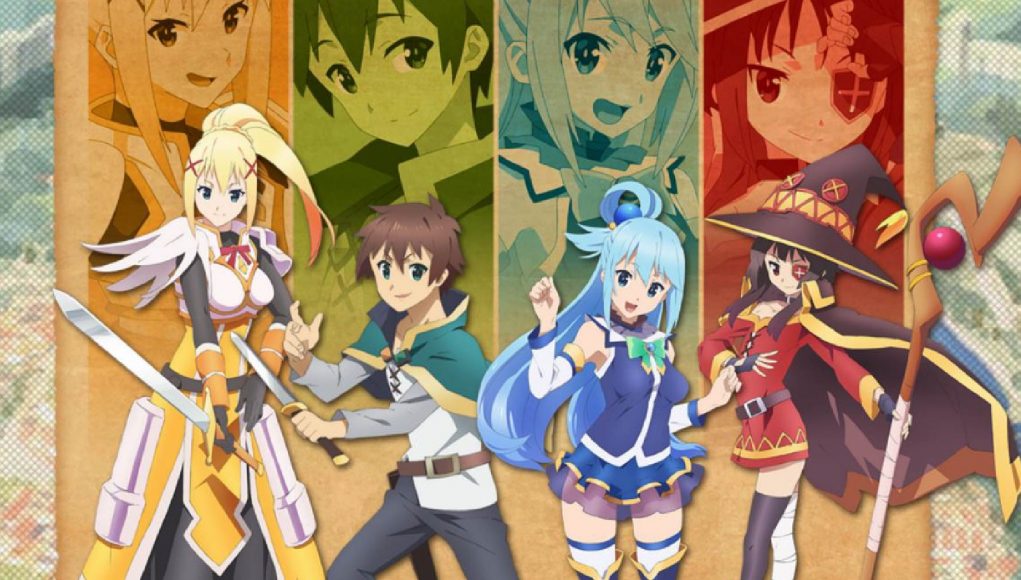 KonoSuba: God’s Blessing on This Wonderful World! follows a boy who is sent to a fantasy world following his death, forming a dysfunctional party with a goddess, a magician, and a crusader to fight against monsters.

Following an untimely and embarrassing death, Kazuma Satō, a Japanese teenage shut-in, meets a goddess named Aqua, who offers to reincarnate him in a parallel world with MMORPG elements, where he can go on adventures and battle monsters. Despite being offered a godlike item or ability to use in this new world, Kazuma, following some provocation, chooses Aqua herself to accompany him to the town of Axel, quickly finding her below average intelligence to be less than beneficial.LN 1.P. With Aqua unable to return to the afterlife until the Devil King is defeated, the two form a party and recruit two other members; an explosion-obsessed magician named Megumin and a masochistic crusader named Darkness. Due to the party’s dysfunctional abilities, Kazuma quickly gives up on the idea of defeating the Devil King and tries to live a luxurious lifestyle, only to find the circumstances of his daily life force him and his party to encounter and battle the Devil King’s generals.