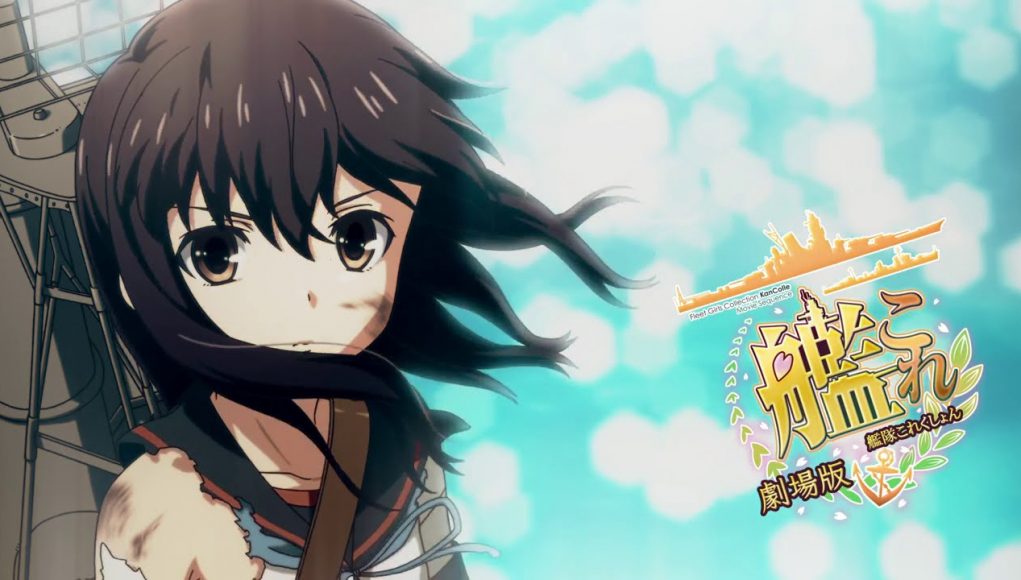 KanColle: The Movie is a 2016 Japanese animated film adaptation of the video game series Kantai Collection. Kantai Collection, (translated as “Fleet Collection”, subtitled as “Fleet Girls Collection”), known as KanColle for short, is a 2015 Japanese television anime series created by Diomedéa, based on the game of the same name by Kadokawa Games. The series was announced in September 2013, and aired 12 episodes on Tokyo MX and KBS, and later on other TV stations, between January 8 and March 26, 2015. An animated film titled KanColle: The Movie was released on November 26, 2016.

The series features Fubuki as the main character, with the storyline based on her point of view. In a world where humanity faces the threat of the abyssal fleet which has taken over the seas, special human girls who don weaponized outfits and possess the spirit of historical naval vessels known as kanmusu (literally “fleet girls” or “ship girls”) are the only ones capable of countering them. The kanmusu live together at a naval base, where they spend their everyday lives as they train for battle.

Fubuki arrives at the naval base, where she meets other girls that she will eventually fight alongside. Despite lacking adequate combat training, she is recommended into the Third Torpedo Squadron by the admiral, and quickly finds herself sortied into battle. Upon being rescued by Akagi in a dangerous situation, Fubuki strives to do her best in order to train, with the hopes of eventually being able to fight alongside Akagi.

Fubuki Voiced by: Sumire Uesaka
A newcomer destroyer to the naval base, and assigned to the Third Torpedo Squadron, Fubuki is the main protagonist of the series. Meek and timid, at the beginning of the series she has no combat experience prior to transferring to the base, and performs poorly at physical activity. She is assigned temporarily to the Southwest Area Fleet  during the Battle of Southwest Area, before being transferred to the Fifth Mobile Fleet during Operation MO and Operation FS, where she earns the respect of her peers, who choose her as their Flagship. Having a deep admiration for Akagi, she dreams of eventually becoming her escort, eventually doing so following her first remodel.

Mutsuki Voiced by: Rina Hidaka
One of the members of the Third Torpedo Squadron. The first kanmusu Fubuki meets on the base, Mutsuki has a cheerful and responsible personality. She is later transferred to the Fourth Fleet with Mogami during Operation FS.

Yūdachi Voiced by: Yumi Tanibe
Another destroyer of the Third Torpedo Squadron, alongside Fubuki and Mutsuki, who has a laid back attitude. She has a verbal tic as she speaks, often inserting “poi” into her sentences. She is later transferred to Naka’s fleet during Operation FS, before getting a second remodel and being transferred again to the First Carrier Task Force (consisting of Akagi).

Yayoi, Mochizuki Voiced by: Rina Hidaka
Two destroyers whom Fubuki and Mutsuki met during the briefing session of the W Island raid. Mochizuki is quite a sleepyhead, while Yayoi is rather emotionless. Both are later assigned to the Fourth Torpedo Squadron during the Battle of W island.

Akatsuki, Hibiki, Ikazuchi, Inazuma Voiced by: Aya Suzaki
Four destroyers belonging to the Sixth Destroyer Division and assigned to the Second Support Fleet (Akatsuki and Hibiki) and the First Carrier Task Force (Ikazuchi and Inazuma) during the Battle of the Sea in Front of the Naval Base. Akatsuki considers herself an adult lady, while Hibiki tends to speak Russian frequently, rarely saying anything but “хорошо” (Khorosho, “Very well” in Russian), Ikazuchi has a very caring and confident personality, and Inazuma is a timid girl. Akatsuki and Ikazuchi do not get along very well, as they constantly argue about whatever went wrong, such as Inazuma using a flamethrower to boil their curry faster only to end up burning the entire pot, making Inazuma cry and blame herself for the failure.

Shimakaze Voiced by: Ayane Sakura
A destroyer who claims herself to be the fastest in her fleet, who assigned to the Southwest Area Fleet during the Battle of Southwest Area. She has a hyperactive personality and tends to jump around rooms like a rabbit while waiting, to the point of forgetting what her next mission is.