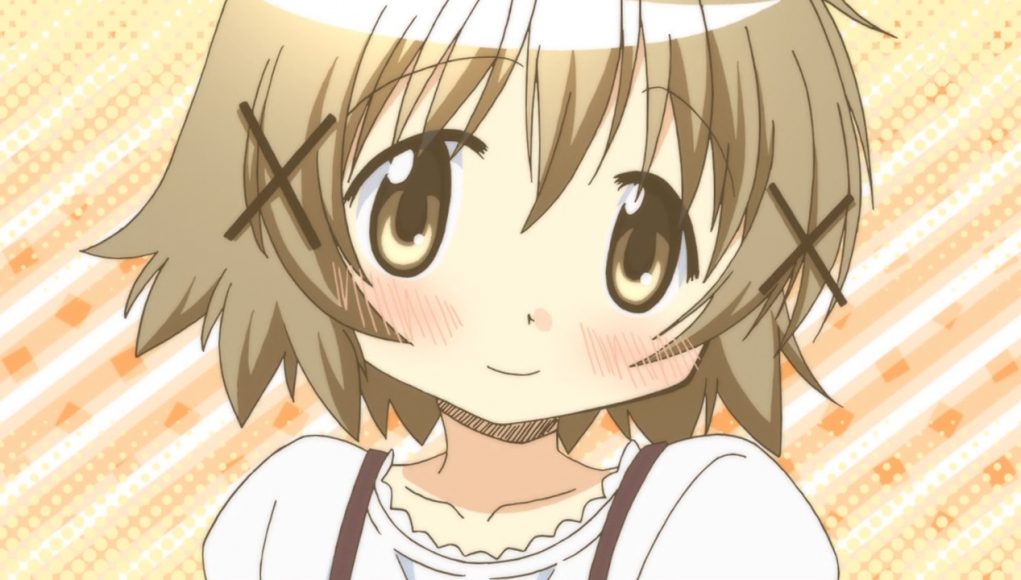 At Hidamari Apartments, famous for being a gathering place for weirdos, art student Yuno is surrounded by heartwarming friends of Yamabuki High School. While still getting used to bumping into bizarre and chaotic situations every day, Yuno starts chasing her dreams step by step.

Hidamari Sketch is a Japanese four-panel comic strip by Ume Aoki, which revolves around the daily lives of a group of young girls, all living in the same apartment where artists gather. It was first serialized in the seinen manga magazine Manga Time Kirara Carat in April 2004, published by Houbunsha. The series is licensed in English by Yen Press under the name Sunshine Sketch.

Hidamari Sketch centers around a young girl named Yuno who finally is able to get accepted into Yamabuki Art High School, which she has longed for. So studying at the Yamabuki Arts High School has been a dream-come-true for Yuno, and she’s learned so much already! And not just from her instructors, but from her friends and neighbors who’ve become her second family and made the Hidamari Apartments such a safe and nurturing home. But as the day of her “big sisters” Sae and Hiro’s graduation draws slowly closer, it’s time for Yuno to start seriously taking on the same role for Nazuna, Nori and the other budding young artists who’ve entered Hidemari’s protective cocoon. And it’s also time to tackle some really challenging artistic assignments. That doesn’t mean there won’t still be time for fun with Miyako and all the others, but it’s definitely time to pencil in her plans for the future. And sometimes that means you have to put the art before the course!