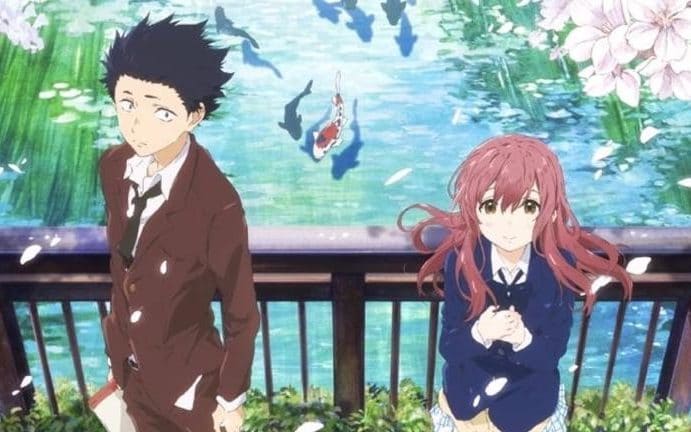 A Silent Voice (Koe no Katachi) is a 2016 Japanese anime school drama produced by Kyoto Animation. It is based on the manga written and illustrated by Yoshitoki Oima. The film premiered in Japan on 17th September 17 2016. The movie was almost screened exactly at the same time as Makoto Shinkai’s Your Name (Kimi no Na wa), which has become another master piece in animation history. The film opened at the Japanese box office  and grossed a total of ¥283 million from 200,000 admissions within two days of its premiere across 120 theaters. The film’s theme song, titled Koi wo Shita no wa, was performed by the Japanese female singer Aiko.

A deaf elementary school girl, Shoko Nishimiya, upon transferring, meets a boy named Shoya Ishida in her new class. Shoya, who is not deaf, leads the class in bullying Shoko, because she is deaf. As the bullying continues, the class starts to bully Shoya for bullying Shoko. After graduating from elementary school, Shoko and Shoya do not speak to each other… until later, when Shoya, tormented over his past, decides he must see Shoko once more. Shoya wants to make amends for what he did in elementary school and be Shoko’s friend. (from manga)

Before Koe no Katachi was serialized, Kodansha’s Legal Department had an extensive consultation with the Japanese Federation of the Deaf. The series won first place in the Male Readers category of the 2015 Kono Manga ga Sugoi! and the New Creator Prize in the 19th Tezuka Osamu Cultural Prize. It was also nominated for the 8th Manga Taishou Award, where it ranked third place, and the 38th Kodansha Manga Award for best shounen category.