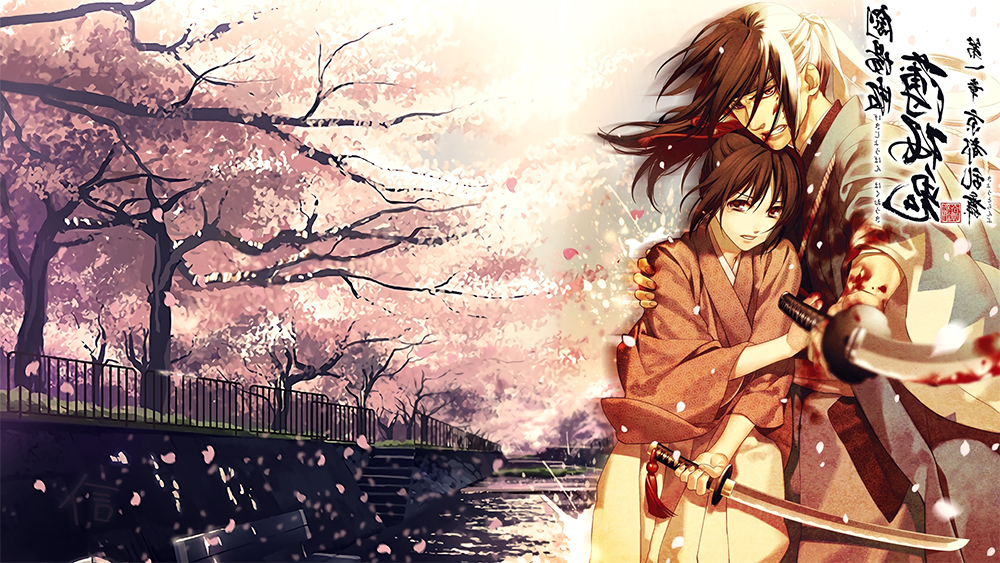 Idea Factory International announced on Tuesday that it will release Hakuōki: Kyoto Winds (Hakuōki Shinkai: Kaze no Shō) for PlayStation Vita on May 16 in North America and May 19 in Europe. The game will be available physically and digitally, and it will be compatible with PlayStation TV.

Hakuōki (Hakuōki ~Shinsengumi Kitan~, Demon of the Fleeting Blossom: The Mysterious Tale of the Shinsengumi) is a video game series by Idea Factory, first designed for the PlayStation 2 and then later ported to PlayStation 3, PlayStation Portable, Nintendo DS, and Nintendo 3DS. It has been adapted into two 12/10-episode anime series animated by Studio Deen; the first began airing in Japan on the TV Kanagawa and UHF stations on April 4, 2010. The second season began airing on October 10, 2010 and ended on December 12, 2010. The series has also been adapted as two different manga series. A third series based on the prequel, Hakuōki Reimeiroku aired in summer of 2012.

Two new films were released in 2013–2014. Film 1 was released in August 2013 and is released on DVDs February 2014. The film is supposed to be a retelling of both seasons in greater detail and with a slightly different ending. The second film was released on March 8, 2014.

Chizuru Yukimura heads to Kyoto to search for her father, finding herself attacked by mad men before they are cut down by members of the Shinsengumi who take her into custody for interrogation. Upon learning that she is a girl and the daughter of a doctor who developed the Water of Life elixir that turns those that drink it into invincible blood lusting berserkers called Rasetsu (“Furies” in English dub), the Shinsengumi decide to keep her as an aide in their search. In time, as the Shinsengumi aid the shogunate in the Bakufu, Chizuru begins to develop a bond with the Shinsengumi and its aloof member Toshizo Hijikata. However, as time passes, Chizuru and Shinsengumi confront a mysterious faction who call themselves Oni (Devils) and that Chizuru is also an Oni with father revealed to be experimenting on the Water of Life to create the Rasetsu to wipe out the human race.