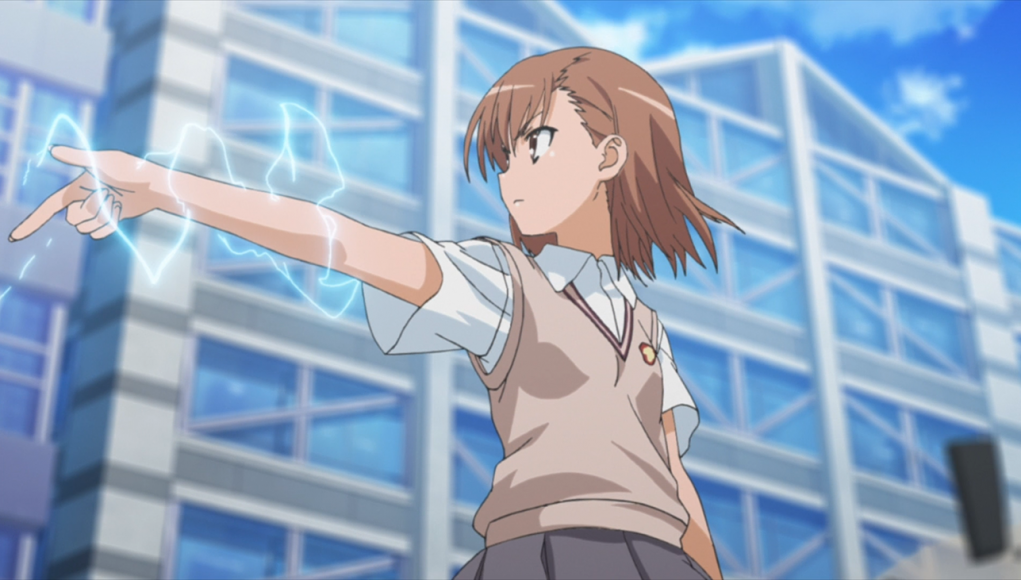 A Certain Scientific Railgun is a Japanese science fantasy manga series written by Kazuma Kamachi and illustrated by Motoi Fuyukawa, which began serialization in the April 2007 issue of ASCII Media Works’ Dengeki Daioh magazine. The manga is a spin-off of Kamachi’s A Certain Magical Index light novel series, taking place before and during the events of that series.  An anime television series adaptation by J.C. Staff aired in Japan between October 2009 and March 2010, followed by an original video animation released in October 2010. A second season titled A Certain Scientific Railgun S aired between April and September 2013.

In the futuristic Academy City, which is made up of 80% students, many of whom are espers possessing unique psychic powers, Mikoto Misaka is an electromaster who is the third strongest of a mere seven espers who have been given the rank of Level 5. The series focuses on the exploits of Mikoto and her friends; Kuroko Shirai, Kazari Uiharu, and Ruiko Saten, prior to and during the events of A Certain Magical Index.